END_OF_DOCUMENT_TOKEN_TO_BE_REPLACED

David Grinspoon is an astrobiologist, award-winning science communicator, and prize-winning author. His newest book Chasing New Horizons: Inside the Epic First Mission to Pluto, co-authored with Alan Stern was a Boston Globe “summer reading pick”. He is a Senior Scientist at the Planetary Science Institute, Adjunct Professor of Astrophysical and Planetary Science at the University of Colorado and Adjunct Professor of Science, Technology and International Affairs at Georgetown University.

His research focuses on climate evolution on Earth-like planets potential conditions for life elsewhere in the universe, and the planetary scale impacts of human activities on Earth. He is involved with several interplanetary spacecraft missions for NASA, the European Space Agency and the Japanese Space Agency. In 2013 he was appointed as the inaugural Chair of Astrobiology at the U.S. Library of Congress where he studied the human impact on Earth systems and organized a public symposium on the Longevity of Human Civilization.

He has given dozens of public lectures about climate change in the Solar System. His technical papers have been published in Nature, Science, and numerous other journals, and he has given invited keynote talks at conferences around the world. Grinspoon’s popular writing has appeared in Slate, Scientific American, Natural History, the Washington Post, the Boston Globe, the Los Angeles Times, the New York Times and Sky & Telescope Magazine where he is a contributing editor and writes the quasi-monthly “Cosmic Relief” column.

His book Earth in Human Hands was named a Best Science Book of 2016 by NPR’s Science Friday. His previous book Lonely Planets: The Natural Philosophy of Alien Life won the PEN Center USA Literary Award for Nonfiction.  Grinspoon has been recipient of the Carl Sagan Medal for Public Communication of Planetary Science by the American Astronomical Society, and has been honored with the title “Alpha Geek” by Wired Magazine. He lectures widely, and appears frequently as a science commentator on television, radio and podcasts, including as a frequent guest and host of StarTalk Radio. Also a musician, he currently leads the House Band of the Universe. He resides in Washington DC with his wife and dog. 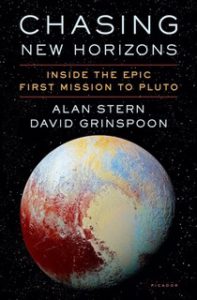 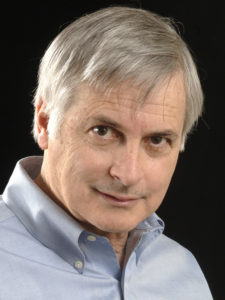 Seth is the Senior Astronomer at the SETI Institute, and holds degrees from Princeton University and the California Institute of Technology.  In addition to professional publications, he has penned over five hundred popular articles on astronomy, technology, film and television.  He chaired the International Academy of Astronautics’ SETI Permanent Study Group for a decade, and each week hosts the SETI Institute’s hour-long, science radio show, “Big Picture Science”

Shostak has written, edited and contributed to a half dozen books, including a textbook on astrobiology and Confessions of an Alien Hunter: A Scientist’s Search for Extraterrestrial Intelligence. 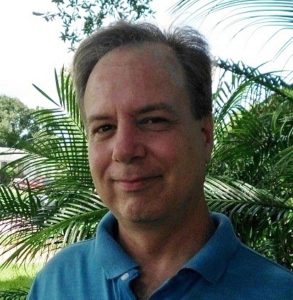 Jack Brewer has a lifelong interest in UFOs. His research and resulting perspectives have been featured on numerous websites and in multiple books. Brewer has written The UFO Trail for ten years, a popular blog dedicated to posting credible info on incredible topics. He documented ethics failures in ufology in his 2016 nonfiction book, “The Greys Have Been Framed: Exploitation in the UFO Community“.

His current interests include social dynamics in the UFO subculture, and he uses such resources as the Freedom of Information Act to conduct research. Brewer encourages healthy skepticism balanced with keeping an open mind when it comes to UFOs and reported paranormal phenomena.