Jimmy and Dee Trick – The Weird, Spooky and Bizarre, Part 2

END_OF_DOCUMENT_TOKEN_TO_BE_REPLACED

Steve Ward will be discussing his research of the Mothman of Point Pleasant, and the work of John Keel and Jacques Vallee, as well as those that have followed in their footsteps.

Steve Ward has been fascinated by the unexplained for over half a century. There were two events that had a major influence on Steve and set a course for his future path. Growing up in Michigan, the March 1966 UFO flap occurred virtually in his backyard. The best was yet to come. The following November, a winged humanoid chased two couples down a lonely country road near Point Pleasant, West Virginia, and the legend of the Mothman was born. Influenced by John Keel and Jacques Vallee, Steve’s views on UFOs became unconventional and moved more toward a paranormal explanation.  In 1977, he made his first visit to Point Pleasant, after having read The Mothman Prophecies by John Keel. Since 2006, he has been involved in the Mothman Festival, both behind the scenes and as a tour guide in the TNT area where the Mothman was first seen. He has spoken at the Mothman Festival several times. Steve’s main area of research is what some call “high strangeness” or “window areas” (as Keel dubbed them) where disparate types of paranormal phenomena all seem to occur in the same location, and that studying these paranormally active locations may be the key to understanding what the source behind the manifestations may be. He is a correspondent on Mack Maloney’s Military X- Files radio show. He also has he own podcast broadcast on the Paranormal UK Radio Network called The High Strangeness Factor.
BOOKS CONTRIBUTED TO:
Weird Winged Wonders

Mothman & Other Flying Creatures of the Midwest
WEBSITE:
Phantom Menagerie
——————————–

The hosts of the podcast The Full Spectrum Project, Peter James Haviland A.C.C.H and Brian Clune, join us to discuss all that is strange, weird and unknown.

Peter James Haviland, A.C.C.H. is a private investigator and advanced certified clinical hypnotherapist with 33 years in field research, parapsychology, and forensic hypnosis. He is called on frequently by other private investigators or paranormal teams to help on cases or find missing people and crack cold cases. 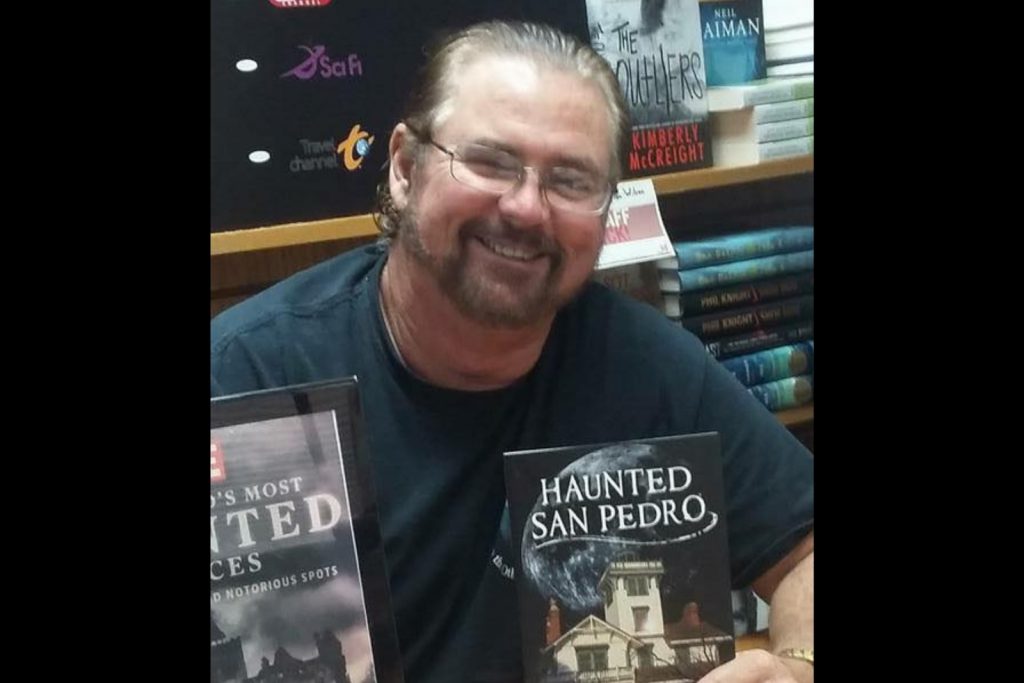 Brian Clune is the co-founder and the historian for Planet Paranormal Radio and Planet Paranormal Investigations. He has traveled the entire state of California researching its haunted hot spots and historical locations in an effort to bring knowledge of the paranormal and the wonderful history of the state to those interested in learning.
His interest in history has led him to volunteer aboard the USS Iowa, at the Fort MacArthur Military Museum as well as giving lectures at colleges and universities around the state. He has been involved with numerous TV shows including Ghost Adventures, My Ghost Story, Dead Files, Ghost Hunters and was the subject in a companion documentary for the movie Paranormal Asylum. He has also appeared on numerous local and national and international radio programs. Clune is the co-host for the radio program The Full Spectrum Project which deals in subjects ranging from ghosts, murders and all things odd and weird both natural and supernatural.
BOOKS:
Dark Tourism: Texas (coming soon)
Legends and Lore Along California’s Hwy 395 (coming soon)
Haunted Heart of San Diego (coming soon)
Dark Tourism: California (coming soon)
Haunted Route 66: California and Haunted Southern California (coming soon)
WEBSITES:
Lone Star Spirits Paranormal Investigations
Red Oak Hypnosis
BrianClune.com
Planet Paranormal
Planet Paranormal Investigations
Queenmaryshadows.com
——————————–

Tobe Johnson returns to discuss his bizarre findings that suggest Sasquatch is connected to the world of UFOs and ghosts.

Author, podcast host, researcher, and Experiencer Tobe Johnson has been researching Sasquatch and the supernatural for over 15 years. It is his opinion that the world of Sasquatch is vastly multi-layered, and most likely, multi-dimensional.
BOOK:
The Owl Moon Lab (coming soon)
WEBSITES:
Strange Brau Radio
Hanger 1 Publishing
TRAILER:

Stephanie Forlini is a 24-year-old self-described “law-school ‘drop-out’ who realized what made her happy.” Stephanie is very passionate about sharing information about metaphysical and ‘taboo’ subjects with a governmental/scientific twist, which she does with her large social media following.
WEBSITES/SOCIAL MEDIA:
StephanieForlini.com
Stephanie Forlini on TikTok
Spirituality with Steph Instagram
Stephanie’s YouTube Channel
——————————–

Why We Postponed Thursday Night’s Guest

Tim went live to explain the decision to postponed the planned guest for Thursday night, after some tweets were provided to us that were written by the co-owner of the platform for which the guest writes. In this shortened show, Tim discusses the nature of the tweets, and why he and the MidnightFM team felt it was in the best interest of everyone not to go forward with the planned discussion at this time. He also discusses the philosophy of the MidnightFM network in dealing with problems of this nature. This show will be available for free for anyone who wants to listen.
——————————–