“You’ll not only lose your mind, you’ll lose your soul.” -Christopher Lee on
Black Magic and The Occult

In this mega-episode, suspend disbelief as we join Amy and her guest Marco Visconti as they discuss the practice of Magick, Thelema, and The Occult!

Amy talks about the potential benefits derived by some people, of suspending disbelief on occasion, and her quest this year for something akin to spirituality as a skeptic and religious-non during the pandemic.

Marco reveals that he was Baptized by Pope John Paul II!

The two also talk about the birth of scientific thought before the European Enlightenment and its history alongside Sumerian exorcists, religion, alchemy, and the occult. Marco talks about the departure of the occult from The Church, putting forth Thelema, Gnosticism and the value of religious experience.

In spite of skepticism, Amy talks about why she believes it’s important to allow people to believe in weird things as a part of the human experience.

Amy talks about how she thinks transhumanist thought leaders got it wrong with the idea of a singularity led by a robot uprising (a-la Skynet and Terminator). She also talks about chaos theory, edge of chaos, and human-augmented algorithmic bias being at the core of our current technologically-driven social issues with social media. Marco talks about seeing Kurzweil talk at MIT about the singularity, and brings it back around to magick.

They also mention the Witches of Instagram and Tik Tok, gnosis, the concept of retrocausality in spacetime, Hammer Horror, and comparative occult magick in fiction with the story, The Devil Rides Out. Amy reveals some of her weird dreams and personal experiences.

Marco talks about why healthy skepticism is fundamental, “Do What Thou Wilt,” and, “being the best version of yourself.”

Amy questions why Crowley, an arguably terrible person, might be chosen to receive “divine” messages from such ascended masters or higher beings as his alleged Ultraterrestrials Aiwass and LAM, as he created Thelema. They compare Aiwass/LAM to modern portrayals of extraterrestrials, talk about the “Bad UFO Experience”, comparisons to fairies and airship sightings of lore, and problems with the idea of alleged UFO Disclosure, as well as monsters, and xenophobia.

Marco hopes to have an interview alongside fellow occultist and Secret Cypher of the UFOnauts author, Allen Greenfield. Amy doubts the existence of Terry Wriste as a real person in Greenfield’s books, citing the style in which it is written.

They also talk about the last Phenomenacon 2 virtual conference (where Marco was a presenter) with Greg and Dana Newkirk’s Traveling Museum of the Paranormal and Occult. 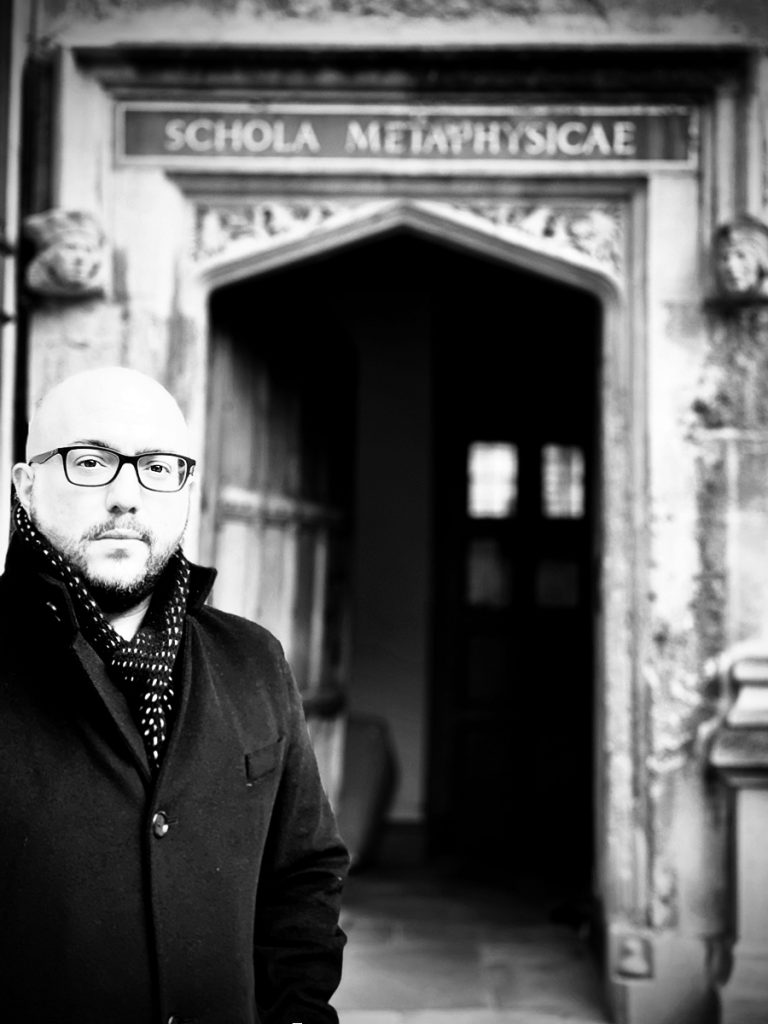 Marco Visconti has been described as a modern-day renaissance man, cruising through a career as a professional musician touring the world many times over, and eventually settling down in London to work in the antiques and esoteric book trade. All while pursuing his lifelong call to Initiation according to the Law of Thelema, joining all the right Orders (and some of the wrong ones too), raising through Grades, Degrees, and Consecrations, finally coming to the conclusion that the time for hierarchical cults is over.

Now residing in Glastonbury, the mythical Isle of Avalon, he is currently running an online community focused on teaching Magick outside the bonds of sworn oaths, all while adding the finishing touches to his upcoming first book, Thelema After Tears.

Join the Mystery!
Watch Hellier for Free on Youtube or on Amazon Prime