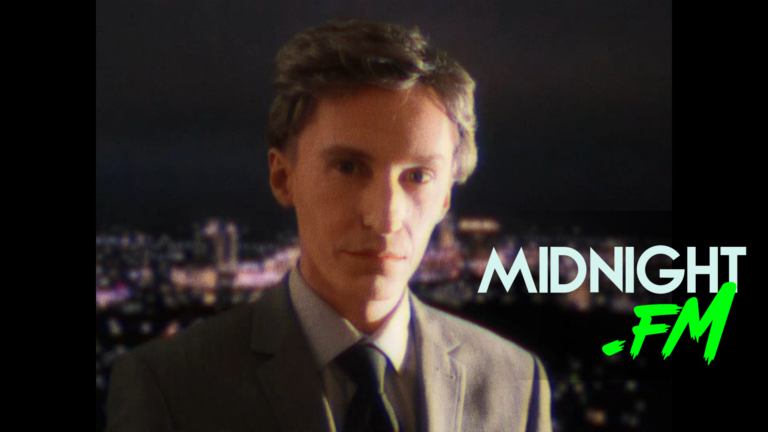 “Strange Cases” with 80’s Television Legend Gerry King, a Midnight.FM Network Original show, continues for its fourth week on this network Saturday, September 5th with Season 1 Episode 4 – “Psychic Tania Bluestone”. Gerry is joined LIVE with his ex-colleague TV Psychic Tania Bluestone. She gives readings to callers and to Gerry himself.

Last week our network was invaded by an 80’s TV-legend-turned-radio-personality.

ICYMI on Facebook – Amy catches us up on the @StrangeGerry saga with @TimWeisberg and the now infamous “apology basket”. Thread:

After the empty apology basket from @StrangeGerry, @TimWeisberg was insulted. Little did we know the basket was a relic from Gerry’s childhood. So we flew Gerry out from LA to meet @engineeringamy and smooth things over.

We finally see @StrangeGerry outside of the studio. He apologizes, and Amy talks about receiving a voicemail from his helper Nancy about the upcoming show, Strange Cases with Gerry King, which airs on MidnightFM this Saturday. There’s just one problem..

Nancy calls on to tell us that she’s overnighting the Episode 1 of Strange Cases with Gerry King, meant to air this Saturday at 9:30 PM Eastern. We find out Gerry’s technological situation is about as strange as one might imagine.